The third one is more to the point - 严格说起来，这不能算是迷思，而应该算是放之四海而皆准的“多余的话”
Frankly, the first two are 标题党 to me. Most "supporting evidence" is wrong.
Well, I think I know what you were trying to say. But to most people I believe you are misleading.

No, I was not misleading, this is 矫枉过正 on purpose.

At least I think you should explain a bit more, and carefully pick up your examples.
Take one example. Tokenizing Peoples Republic of China is routinely done by regular expression (rule based) based on capitalization, apostrophe and proposition (symbolic evidences), but NOT using dictionary.

that is not the point.  yes, maybe I should have chosen a non-Name example ("interest rate" 利率 is a better example for both Chinese and English), but the point is that closed compounding can (and should) be looked up by lexicons rather than using rules.

What you are referring to I guess is named entity recognition. Even that chinese and English could be significantly different.

No I was not talking about NE, that is a special topic by itself.  I consider that to be a low-level, solved problem, and do not plan to re-invent the wheel.  I will just pick an off-shelf API to use for NE, tolerating its imperfection.

I wouldn't be surprised if you don't do tokenization, as you can well combine that in overall parsing. But to applications like Baidu search, tokenization is the end of text processing and is a must-have.

Chunking of words into phrases (syntax) are by nature no different from chunking of morphemes (characters) into words (morphology).  Parsing with no "word segmentation" is thus possible.
In existing apps like search engines, no big players are using parsing and deep NLP, yet (they will: only a time issue), so lexical features from large lexicons may not be necessary.  As a result, they may prefer to adopt a light-weight tokenization without lexicons.  That is a different case from what I am addressing here.   NLP discussed in my post series assumes the need for developing a parser as its core.

Your attack to tagging is also misleading. You basically say if a word has two categories, just tag it both without further processing. That is tagging already.

What others do is merely one step forward, saying tag-a has 90% correct while tag-b 10% chance. I did rule based parser before and I find that is really helpful (at least in terms of speed). I try the high chance first. If it making sense, I just take it. If not, I come back trying the other. Let me know if you don't do something like that.

Parsing can go a long way without context-based POS tagging.  But note that at the end I proposed 一步半 approach, i.e. I can do limited, simple context-based tagging for convenience' sake.  The later development is adaptive and in principle does not rely on tagging.

Note here I am not talking about 兼语词 which is essentially another unique tag with its own properties. I know this is not 100% accurate but I see it in chinese something like 动名词 in English.

In fact, I do not see that as 兼语词, but for the sake of explanation of the phenomena, I used that term (logically equivalent, but to elaborate on that clearly requires too much space).  In my actual system, 学习 is a verb, only a verb (or logical verb).

Then this touches grammar theory. While we may not really need a new theory, we do need to have a working theory with consistency. You may have a good one in mind. But to most people it is not the case. For example, I see you are deeply influenced by 中心词 and dependency. But not everyone even aware of that, not to mention if they agree with. Till now there is no serious competition, as really no large scale success story yet. We need to wait and see which 学派 eventually casts a bigger shadow.

Good to be criticized.  But I had a point to make there.
【相关博文】 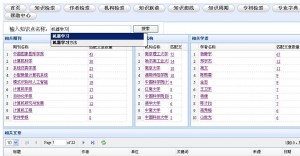 Quote
A good 经验之谈. Somehow it reminds me this --
带着问题学，活学活用，学用结合，急用先学，立竿见影，在‘用’字上狠下功夫。
You made a hidden preamble -- a given type of application in a given domain.
A recommendation: expand your blog a bit as a series, heading to a book.
My friend 吴军 did that quite successfully. Of course with statistics background. So he approached NLP from math perspective -- 数学之美 系列
You have very good thoughts and raw material. Just you need to put a bit more time to make your writing more approachable -- I am commenting on comments like "学习不了。" and "读起来鸭梨很大".
I know you said: "有时候想，也不能弄得太可读了，都是多年 的经验，后生想学的话，也该吃点苦头。:=)"
But as you already put in the efforts, why not make it more approachable?
The issue is, even if I am willing to 吃点苦头, I still don't know where to start 吃苦头, IF I have never built a real-life NLP system.

For example, 词汇主义 by itself is enough for an article. You need to mention its opponents and its history to put it into context. Then you need to give some examples.

吴军's series are super popular. When I first read one of his articles on the Google Blackboard, recommended by a friend, I was amazed how well he structured and carried the content. It is intriguing. （边注：当然，他那篇谈 Page Rank 的文章有偏颇，给年轻人一种印象，IT 事业的成功是由技术主宰的，而实际上技术永远是第二位的。对于所谓高技术企业，没有技术是万万不行的，但企业成功的关键却不是技术，这是显而易见的事实了。）For me, to be honest, I do not aim that high.  Never bothered polishing things to pursue perfection although I did make an effort to try to link my stuffs into a series for the convenience of cross reference inside the related series. There are missing links which I know I want to write about but which sort of depends on my mood or time slots.  I guess I am just not pressed and motivated to do the writing part.  Popularizing the technology is only a side effect of the blogging hobby at times.  The way I prove myself is to show that I will be able to build products worth of millions, or even hundreds of millions of dollars.

So far I have been fairly straightforward on what I write about.  If there is readability issue, it is mainly due to my lack of time.  Young people should be able to benefit from my writings especially once they start getting their hands dirty in building up a system.

Your discussion is fun. You can see and appreciate things hidden behind my work more than other readers.  After all, you have published in THE CL and you have almost terminated the entire segmentation as a scientific area. Seriously, it is my view that there is not much to do there after your work on tokenization both in theory and practice.

I feel some urgency now for having to do Chinese NLP asap.  Not many people have been though that much as what I have been (luckily), so I am in a position to potentially build a much more powerful system to make an impact on Chinese NLP, and hopefully on the IT landscape as well.  But time passes fast . That is why my focus is on the Chinese processing now, day and night.  I am keeping my hands dirty also with a couple of European languages, but they are less challenging and exciting.

昨天甜甜秀给我看：Dad, somebody asked Siri: what are you wearing? Guess how he replies?

I am your humble assistant.

再往上，多一个百分点少一个百分点又有什么关系？对于应用没有什么影响，as long as things can be patched and incrementally enhanced over time.